The Association of Southeast Asian Nations, or ASEAN, was established on 8 August 1967 in Bangkok, Thailand, with the signing of the ASEAN Declaration (Bangkok Declaration) to promote active collaboration and mutual assistance on matters of common interest in the economic, social, cultural and industries, scientific and transport spheres and to raise the living standards of their peoples.

ASEAN Region has faced with several challenges from evolving international order. The ASEAN Leaders thus agreed, at the 9th ASEAN Summit in 2003, Bali, Indonesia, to consolidate the achievements of ASEAN and promote cooperation that can address the existing challenges by establishing an ASEAN Community consisting of 3 pillars: the ASEAN Political-Security Community (APSC), the ASEAN Economic Community (AEC) and the ASEAN Socio-Cultural Community (ASCC).

Later, at the 14th ASEAN Summit in 2009 in Cha-am Hua-Hin, Thailand, the Leaders adopted the Cha-am Hua Hin Declaration on the Roadmap for an ASEAN Community, 2009-2015 which consisted of a declaration, the 3 pillars’ respective Blueprints to realize their goals in 2015, and the Initiative for ASEAN Integration (IAI) Strategic Framework and IAI Work Plan 2 (2009-2015). 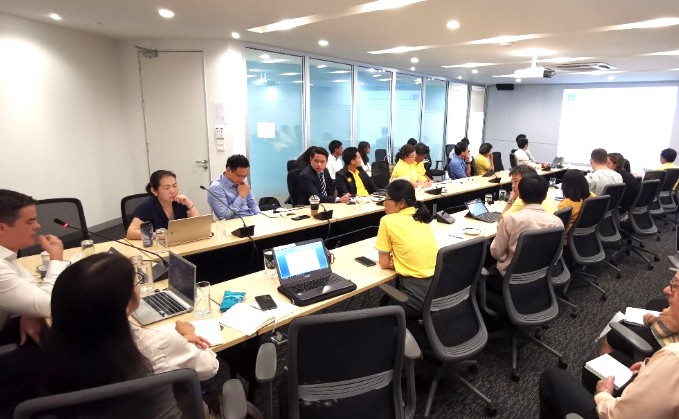 Have a question? Connect with a Conversocial representative via social messaging, or fill out the form to the right and we'll get right back to you.